With one exception, this blog has not been a place for politics.  But, a little over one year after that first politically minded post, I’m making another one.

Today, I celebrate the power of art to convey messages.  Cuban-born artist Edel Rodriguez has done a number of magazine covers that, with their simple lines and saturated colors, comment on our President more effectively than any writing or photographs ever could.  This Time cover from January ranks high on my list of favorites, referencing not only Michael Wolff’s controversial book Fire and Fury: Inside The Trump White House and Trump’s threat to rain ‘fire and fury like the world has never seen’ on North Korea, but also Trump’s dumpster fire of a presidency.

Here are some other gems: 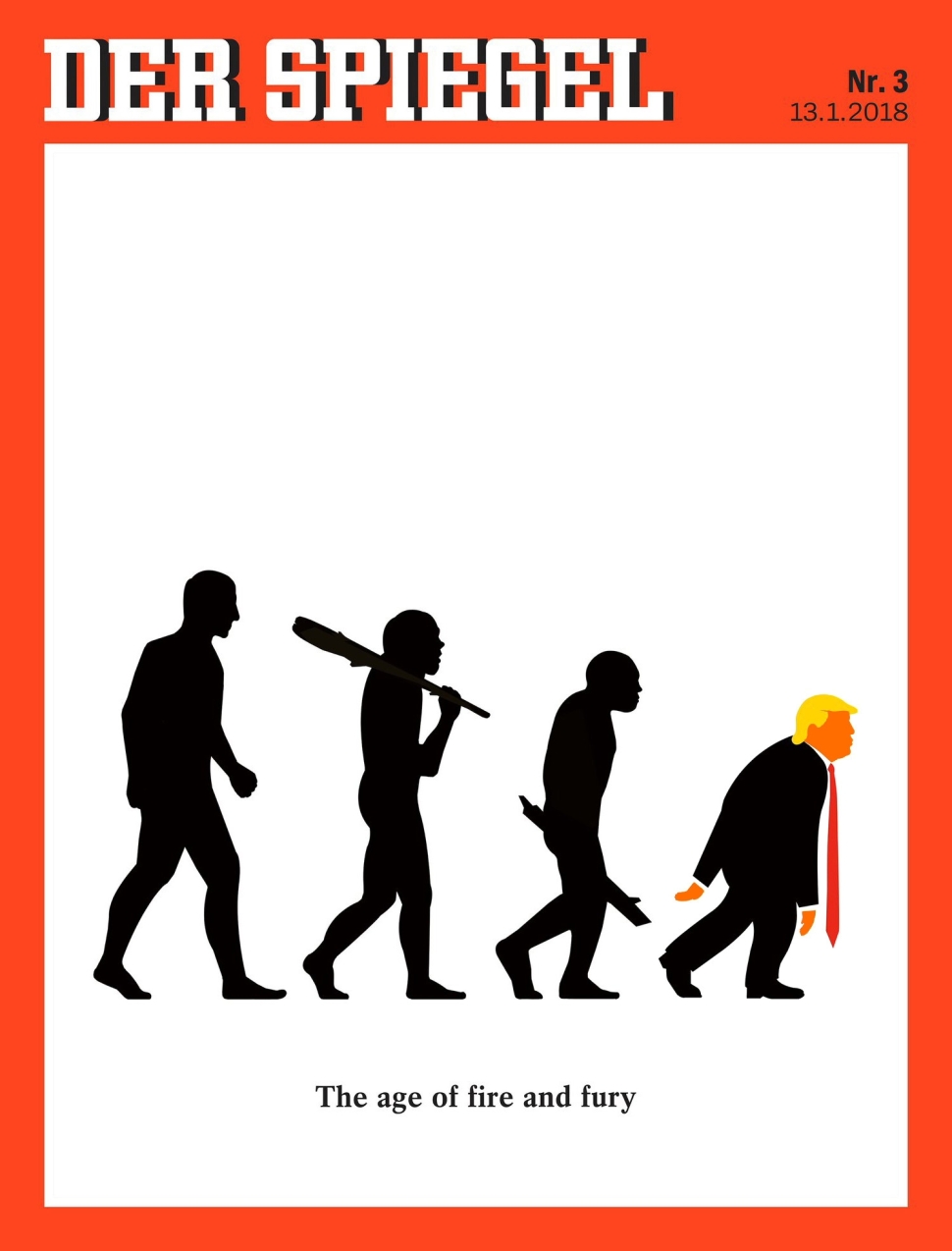 In the last couple of months, I’ve regretted that I haven’t lived closer to Portland, Oregon, where the advertising agency, Wieden + Kennedy, mounted an aptly titled exhibit of Rodriguez’s Trump-themed work.

In his career, Rodriguez has, via his art, taken on issues and figures other than Trump.  In a recent interview, he was asked if he sought controversy.  His response:

“Controversy is very unpredictable, so I don’t know if I seek it, but I do welcome it when it happens. I think it’s a good thing for an image and magazine cover, since starting a conversation is really the main point of a cover. The truth can be controversial I suppose. These are stories we are experiencing every day. It’s like having an abusive father, but everyone is quiet about it. Finally, when one of the kids takes a picture of the abuse and shows it to the world, it’s visually shocking, but it was there the whole time. I’m just putting a focus on our nation’s daily abuse. When people see my work, there’s sometimes a release of emotions, like finally, the viewer feels that they are not alone, that they are not crazy, that someone else sees what they see. That’s a very important aspect of what I do I believe, at a time when their president is messing with their minds…

The key is to be honest, to put down what you actually feel, the disgust you may have, the anger, and the outrage. It’s important to refrain from censoring those feelings, to question yourself too much. I usually get there in a very direct way. Sometimes artists want to put everything into an image, but I find it effective to be very simple, it connects on a deeper level with viewers.”

There you have it, this blog’s dose of politics for 2018.

Trivia tidbit: Rodriguez came to the United States when he was nine, in 1980, as part of the Mariel boatlift.