NASA’s Juno spacecraft left Earth back in 2011, and arrived at Jupiter in July of 2016.  Since that time, the spacecraft’s so-called JunoCam has been taking batches of pictures every 50 days or so as it orbits the King of Planets.  NASA recently uploaded a batch of raw images to its Mission Juno web site, and invited those who were interested and so inclined to download them, process them in some way–color enhance them, make collages, etc.–and then share them.

Some of the images are extraordinary. 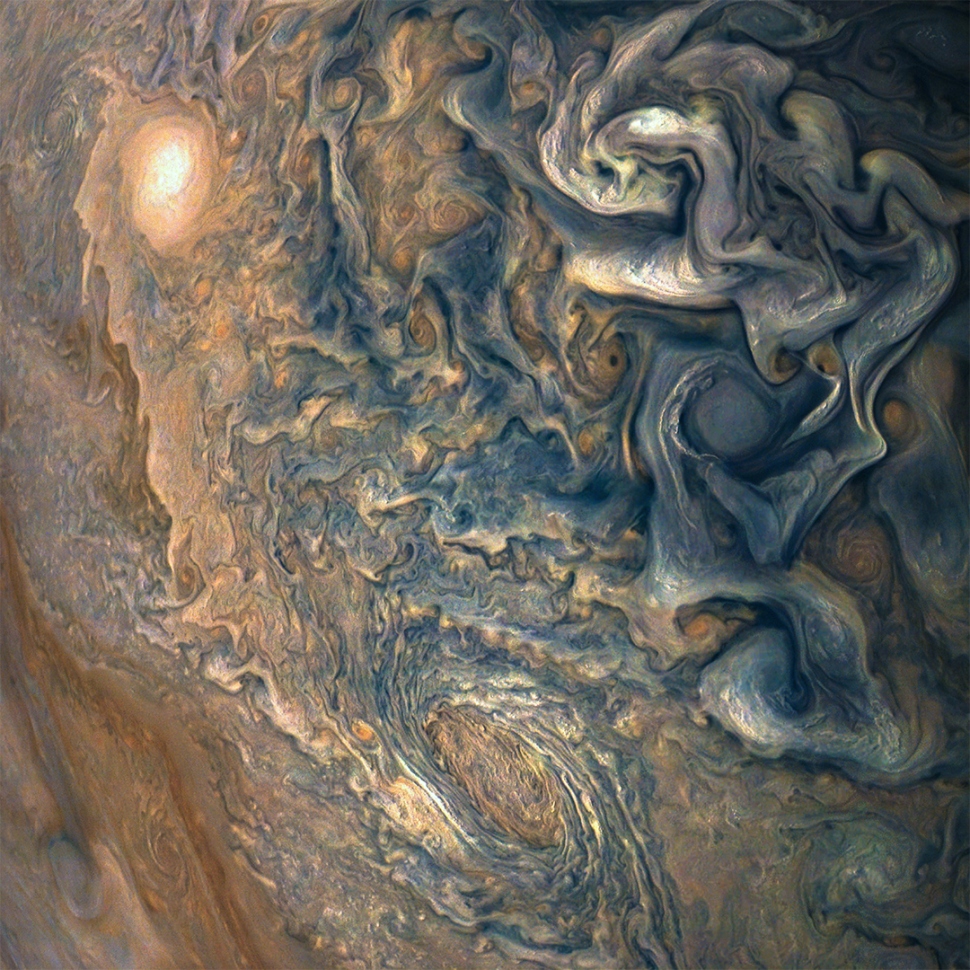 I’m certain I’m not the only person for whom the above images conjured thoughts of this masterpiece:

How awesome is it that Photoshop has allowed me to do this?!

Since arriving at Jupiter in 2016, Juno has been investigating the planet’s atmosphere, deep structure and magnetosphere, all of which can yield clues to the planet’s origin and evolution.

How fortunate we are, courtesy of Juno, to have glimpsed some beauty, too.