As noted in my first post on 5 March, I expect the major focus of this blog to be the sharing of aural, i.e. musical, moments of note.  Because visual images–be they paintings, photographs, frames of film, or other fine art forms–can also cast a spell in a matter of moments, I’ll plan on mixing in some of those along the way as well.

Today, I share two images that, to borrow a line from Cameron Crowe’s Oscar-winning screenplay for Jerry Maguire, “had me at hello.”

The first is a photograph of the actress and dancer Cyd Charisse taken by Richard Avedon in June of 1961. 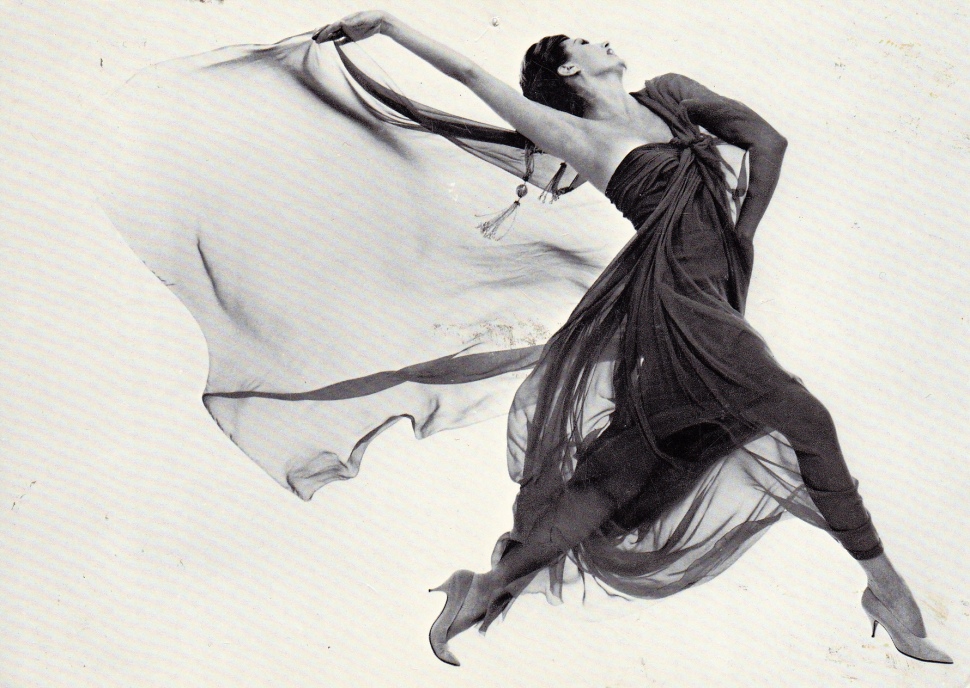 I saw it for the first time, in postcard form, as a teenager, and displayed it on walls in my dorm rooms and apartments all through college and medical school (along with drawings and pictures of George Harrison, Al Pacino, Bruce Springsteen, Gary Cooper, Meryl Streep, and my friends and family, among others; see below).

In 1989, about one decade after discovering Avedon’s shot in a postcard rack, I came face to face with John Singer Sargent’s El Jaleo at the Isabella Stuart Gardner Museum, in Boston.

I was immediately dazzled: by the shadows on the wall and the backward angle of the dancer’s body, by her white skirt and how she was holding her free hand, by the splash of red scarf or shawl off to the right.  While the painting’s title refers to a type of dance, it also refers more broadly to the commotion that audience members and other performers make to encourage the dancer: shouting olé!, clapping hands and snapping fingers; we can see all that in the painting as well.

Looking at them with fresh eyes today, it’s striking how similar they are: both depict female dancers, leaning back, with an outstretched arm in the air.  But the key element they share, and what I now understand immediately grabbed me all those years ago, is a sense of passion and exuberance, of recklessness and abandon.  A sense of life.

Trivia tidbit: Say ‘Fred Astaire’ to most people and no doubt ‘Ginger Rogers’ springs immediately to mind, but Cyd Charisse was another of his talented dancing partners on film, most memorably in The Band Wagon (the magic starts at 1:07) and Silk Stockings.